Another day. This makes for my third session of chemo; once this weekend is over, there will be only 13 treatments left. (I look forward to single digits). 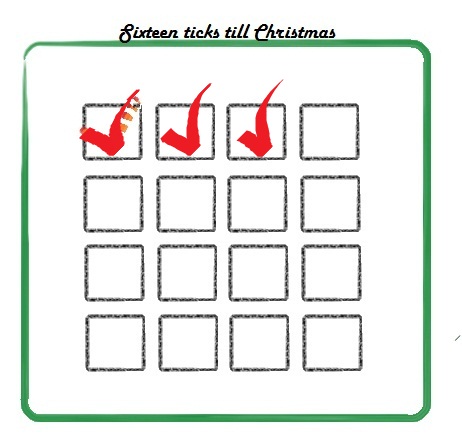 Yesterday we went to chemo treatment area for a weigh in and blood test, followed by a meeting with the oncologist. The nurses had a time with my arm – apparently the vein wouldn’t bleed, so they called in an expert to ‘find blood’. (Honestly, sometimes it sounds like they are drilling for oil) She was an expert and found it easily. However, the previous nurse I met, after not producing the blood, let slip that it’s around this time the veins start giving trouble.

Hmm, so now I am drinking a big mug of tea and wrapped in a warm bathrobe. Apparently a lot of liquid and being warm helps with finding veins.

My weight has dropped . . . even more from last time. I guess I’ve lost about 3-4 kilograms so far, despite my Hungarian family stopping by and encouraging me to ‘eat, eat’ and making dishes with pasta, bacon, salami and sour cream all together. I’ve never minded being thin, but now could really do with additional weight. However, the doctor didn’t seemed worried. Weight loss can be normal in chemotherapy.

But none of that stressed me out too badly. Nope, instead it was being told by the oncologist that the drug they prescribed me last time (the one that suppressed my vomiting) was a fluke occurrence. Apparently it is too expensive to be prescribed to patients in my chemo category, and I only received it because the mistake wasn’t noticed in time by the pharmacy. So, the oncologist has placed a request with a higher-up to approve the prescription. I won’t find out till today when I go in if the treatment was approved.

Blah – the idea of vomiting 16 times in a weekend (if drug is not approved) sent me into an immediate funk, and it took great efforts of my mom and Zsolt to pull me out. Here are the bright sides:

The drug is expensive, but not back breaking . . . if we don’t get it this time, we can buy it in the future.

I’ve been prescribed a different anti-sickness drug which I’ve never tried, so maybe this new drug combined with the steroid will do the trick. I hope so.

During the first round of chemo the pharmacy lady told not to take the drugs till ‘tomorrow’ (i.e. the day after chemo). But ‘tomorrow’ was way too late and I was already on a rollercoaster of sick. This time I take whatever drugs given today. It will make a difference.

Lastly – if I do get this expensive drug, well . . . for my second round I was given incorrect instructions (again). I was meant to take it with the steroid (not provided) – but instead I took it all alone. Even alone this expensive drug helped, so combined with other drugs this time (if I get it), I suspect a real difference could be made.

Anyhow I’m hopeful because otherwise I’m despairing. Here come three days of either total crap, being nauseated, or –hopefully- just needing to sleep all the time. We’ll see. It’s still a learning process, and it does get better after those first few days.