It is May and the roses are back in Southampton; spread wide in bloom, layer upon layer of petals,  pinks, reds, and yellows, and nearly as large as a grapefruit. And again, despite the memories of last May’s roses, I’m stopping to smell them (smell, drink, inhale, absorb – who can get enough of that rose scent? It’s intoxicating). They are beautiful. 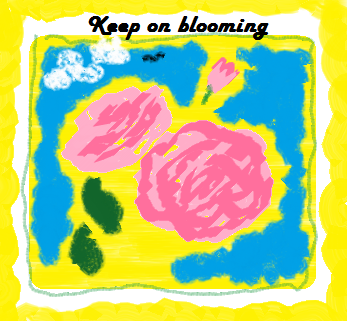 In my alter-ego world, I plant roses in my garden along the gate so other passer-bys can stop and smell. Though roses must be difficult to manage – or at least they look difficult to manage (a similar snap judgement like thinking a person is ‘high maintenance’ – which is such a catty idea, but sometimes these terrible thoughts just jump up into my head and stomp around. It’s not to say these women look bad, in fact, they look incredible, but the amount of time spent achieving that incredibleness must be great. Like the roses. However, gardening is therapeutic, and often time it’s our little morning rituals that ground us best. Who doesn’t benefit from some extra attention?) Besides, in my ‘real-world’ imagination, I’d probably plant a bush instead with the assumption it might need trimming once or twice a year.

But the roses are back, whatever my daydreams, and they’re a signal that I’m nearly one year post diagnosis. A friend told me that you count after the day of diagnosis, not the day after finishing chemotherapy. Interesting. Before she mentioned this idea, I had been incorrectly imagining a post-chemo timescale. Based, instead, on the roses, it’s nearly one year.

Coincidently (and in a new line to recognize the separations of events), I’m also coming up on my wedding anniversary. Zsolt and I have saved a bottle of wine from the wedding, which we plan to drink with his sister and brother-in-law as we drive across Europe toward our Hungarian holiday adventure.

Maybe spring roses will become a marker of time from now on. How many blooms till I’m officially (statistically) cancer free? Their arrival ticks a box in my mind, and I think every time I smell one: ‘you’ve made it this far.’

I’ve made it this far.

And the roses keep on blooming.