It’s hard to start this story. I don’t exactly know where to begin. I guess I can start with a fabricated fairytale, since that’s like stepping into tepid bathwater before turning on the HOT. 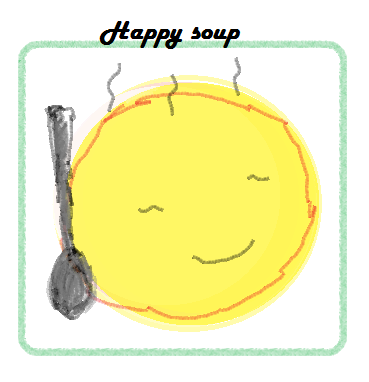 You know the story of Jack and the Beanstalk? Jack is this good-hearted fellow who in desperation trades the family cow for some magical beans. Well, let’s pretend that my husband, Zsolt, is like Jack: a good-hearted fellow who goes after a year of searching for work finally found some magical beans. And when planted, a sturdy bean stalk began growing that stretched all the way up to the sky.

What could Jack/Zsolt do but climb that bean stalk? So up goes Zsolt. As he’s climbing, he rips off beans and throws them down to me (Catherine), so I can make bean soup. We are practical like that.

But you know who lives at the top of the beanstalk? A giant holding a golden chicken that lays golden eggs.  When the giant sees Zsolt, he’s all , “You could be a giant too, if you wanted. But first, you need to prove yourself!”

And so Zsolt, hoping to one day become a giant so that he could also have a gold-laying hen of his own, starts his trials to become a giant. (He’s pretty tall already. Not giant tall, but a very respectable height.) The giant yells, and shouts, and swings his club. Zsolt ducks, side-steps, and rolls out of the way. This goes on for hours and hours.

Until the smell of bean soup begins to waft up into the clouds. Zsolt, who has been fighting like crazy to become a giant, suddenly realizes he’s starving. That bean soup Catherine has made smells incredible. Suddenly, he snaps out of his ‘must succeed’ trance: Golden chickens are nice, but you can’t eat them. And the furious giant who wanted to test Zsolt on his competencies . . . he’s shrunk down to half a foot tall.

And that’s when Zsolt says, “Cluck it.”

He turns around and climbs down the beanstalk, and he eats a bowl of bean soup with his wife.

All that to say things have changed, once again, in our household.

But on the bright side, I have my husband back on weekends and weeknights. I’m doing some fabulous work and Zsolt has gained some excellent skills. Things will work out. Things always work out. I guess we’re at a point where we need to write our own stories and set our own rules. I don’t know what comes next . . .but as long as it involves health and love. We’ll be okay.

We’ve got our bean soup. We’ll be okay.

*All characters appearing in this work are fictitious. Any resemblance to real persons, living or dead, is purely coincidental. 🙂

11 thoughts on “Zsolt and the Beanstalk”