The University of Southampton recently published a study suggesting that watercress may help stop the reoccurrence of breast cancer. Isn’t that convenient? 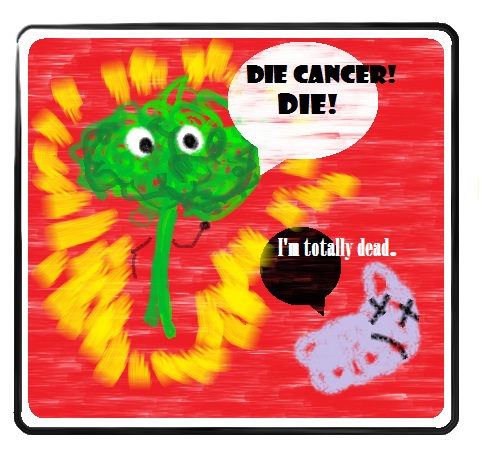 Apparently they had a small group of women fast 24 hours and then eat a cereal bowl of watercress, after which blood samples were taken. The results were promising.

Findings suggest that watercress blocks a signal vital to tumour growth. You may or may not know, but cancer tumours need a lot of blood to grow. When scanning the body and looking for tumours (e.g. with the MRI, etc.) they are looking for splotches where an abnormal amount of blood has developed. Probably there is a lot more to this body-scanning science, but I’m happier without the details. Point is, tumours need blood. When they use up the blood around them, they send out a signal for more. Like waving over the waiter at a restaurant.

Obviously this is just the start for watercress research, and is only one of the many studies with many possible cancer solutions.

But it’s been published at my university, and it targets my particular problem. I’ve taken it as a sign, and have now started eating a small cereal bowl full of watercress per day.  Because, like I once mentioned, 50% of the pizza is not enough. I don’t want to play with my life expectancy like someone flips a coin. Screw that.

So along with everything else, I’m eating watercress. Add that to my pile of cancer fighting treatments, supplements, and therapies. Fifty percent is bullshit, though better than the ten percent they first quoted. Bit by bit I’ll raise my chances. By the end, we’ll eat that entire freaking pizza for  dinner, and a watercress salad on the side.