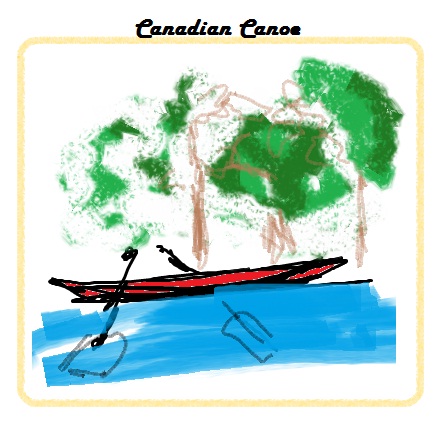 The UK has been incredible, and I wouldn’t say that we’ll never return. It’s a definite possibility. Look at the pros: England’s primary language is, duh, English. It’s a ‘bridge’ between Europe and North America. The people here are awesome. Planes, trains and automobiles make this place easily connected to anywhere. And we’ve built a home here once, we could do it again.

Cons: My apartment is driving  me crazy with allergies – not in itself a reason to leave the entire country, but I’m an aggravated women. Also, it’s not Canada and it’s not Hungary. Neither side of the family has plans to immigrate to this giant Island (I miss having tea with my mom, meeting with friends, listening to Dad’s fishing stories) and during the next three years, as a minimum, being situated close to family is a priority.

The plan is to officially move later this summer. We’ll be doing some travelling beforehand, but our deadline for a Canadian touchdown is September 15th, when Zsolt’s ‘welcome to Canada’ window expires.

Here is the checklist as it develops:

We’re on steps First and Second. This week Zsolt received an email stating that his application has been approved (WOHO!) and we need to submit a bit more paperwork, plus passports. So, I can’t check off this step until the permit has been collected, but we’re getting there. The entire application process took about five months total – however, that doesn’t include all the time compiling the application, medical checks, background checks etc. Man, that was a long process, and mixed with chemotherapy too. But we managed. On average they say the application takes around six to nine months. I’d like to think Zsolt’s application was so well organized that it zoomed through the system. However, that’s only speculation because the inner workings of consulates are a mystery.

Sometimes I wonder whether it was crazy to uproot and go back to Canada. . . but going home for Christmas was incredible, and Dr Canada was quite impressive too. Plus, maybe a little North American flavour would be good to chew on, at least for now. Assuming Zsolt can land a job and I can pick up more writing, things could look good. Besides, there is that canoe and the lake and the image of paddling in the water on a gorgeous fall day. What’s more wonderfully Canadian than the great outdoors?

Looking ahead helps me focus on the present. First step, finish the permit process. Last step, go for a swim in the lake.

Side tip for visa applications: Collect evidence. From the moment you form a serious long-distance relationship you should start collecting proof – some examples: plane tickets, email exchanges, receipts with both names, joint bank account statements. The more official the better. Many places won’t accept a relationship is genuine unless you’ve lived together for two years, and can prove it through paperwork. *

*I’m no expert or professional regarding immigration. These tips are based on personal experience and several visa applications gone well. That’s all. If you need actual help, seek a professional.