It’s funny to be in a room full of women who don’t want to cry. Fact is that all of us in yesterday’s seminar had good reason to burst into tears, but not a single lady let the waterworks  flow.  Was this an act of strength, or a retreat into cowardice? I don’t know. All I know is that never before has makeup application been so emotional. Tear jerking, without the tears. 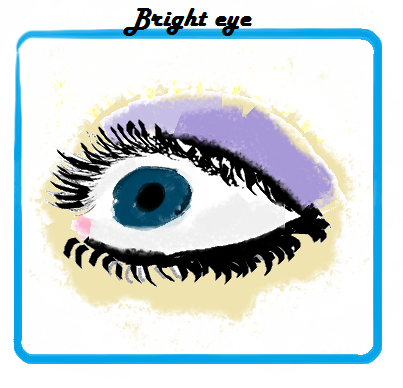 And that is how it felt to start the LookGoodFeelBetter seminar.  Delayed due to bus scheduling, I arrived five minutes into the session when everyone had already found their seats and were each positioned in front of a placemat and mirror. Some of them wore headscarves, others wigs, some hats and a several, like me, had their hair. The room was thick with that  ‘first day of school’  kind of anxiety and excitement (with glances around the table, quick smiles, and fidgeting fingers).

Part of me wanted to say, ‘Hello my name is Catherine. I had breast cancer, have finished my treatment, and life is getting better.’ But there were no round of introductions. Instead each woman wore a name tag and volunteers (one esthetician for every two or three women) would call us all by our names as though we’d all known each other forever.

“Oh, Mary has the good blush.”

“Now watch how Trudy’s eye pop with this mascara”

So despite no introduction, we were all on a first name basis.

I suppose when you only have two hours to guide twelve women in a makeover, there’s no time for crying. Introductions would have led to inevitable tears – Goodness knows I wouldn’t have made it past ‘hello’ without bursting. Even coming through the door was an effort of nerves and determination; I truly admire those who attend during their chemotherapy, it’s more than I could have managed. (But what a difference it made to those women!)

Anyhow, there we are in front of the mirrors feeling emotionally delicate, and we’re handed these large white bags as welcomed points of focus. What’s in the bag? My goodness, what isn’t in the bag! You’ve got full size cleansers, toners, moisturizers, concealers , blushes, powders, brushes, foundation, pencils, lipsticks AND a bottle of perfume. Wow.

And then the volunteers launch into the day. Step by step (there are twelve steps all outlined on a handy sheet they provide) we moved through the afternoon with a series of ‘technique explanations’ when the women, in theory, would stop chatting and pay attention to the lesson. Of course, it’s hard to get a group of women with free makeup to stop talking. They don’t even stop talking when receiving chemotherapy, and there’s nothing thrilling about that. So while demonstrations went on, we were charging ahead with opening this product, testing that colour, and sipping our cups of tea.

Now you may think, ‘great opportunity for company X to hook you on their products via charity’, but you’d be totally wrong. Yes, there are great products, but the LGFB ladies don’t advocate any particular brand over the other, and the goodie bags are full of various (randomized) brands donated by a variety of cosmetic companies. It’s a collaborative effort across the industry.

And as we moved along – cleaning milk to toner to moisturizer to concealer  to foundation to loose powder, I watched a substantial change in my mirror. Suddenly my face was glowing (Thank you make up!), and I looked like the young and pretty thing I was twelve months earlier. Then throw on the eye makeup and wowzers, it was so different.

There was this moment with the mascara . . . who knew mascara could be so powerful . . . I was holding up the brush *straight up first, sideways after* for the lump on the end to catch all the wee little bottom lashes, and as I was moving that around, my lashes picked up the black and turned so dark and became so long. I knew they had grown in, but hadn’t realized how much.

Needless to say, I was amazed and again could have started crying like an idiot. It might have been cowardice not to cry – because since when are tears of joy a bad thing? But it’s hard to be the first. . . plus, and most importantly, I’d just applied mascara.  So, come on. Buck up, woman.

However, I’d propose a LGFB follow up session where we all get together for a big cry fest – crying for the losses, crying for the hopes, crying because we’re so pretty in our makeup. Actually, that sounds depressing once written. Okay, how about a LGFB session that lasts 3 hours instead of 2 so that we can get the introduction and tears out of our system?

After the session was over – and it was wonderful. The volunteers are so positive, and the ladies around the table are so transformed – after it was over I packed up my white bag and left, throwing ‘thank you’s and ‘you’re lovely’s over my shoulder. I would have liked to stick around, but wasn’t sure what to do with myself. I remember there was one woman with very short white hair who kept it covered with a hat. But she looked entirely beautiful when she didn’t wear the hat, particularly after the makeup session. I had wanted to mention her good looks, but she was too far down the table and I was too shy to approach her afterwards. Oh well. Hopefully someone else let her know.

Overall it was an event that exceeded my expectations with how easily things moved, how much support was available, and how much LOOT was in the bag. Really quite exciting.

And this morning, after my shower, I’ll crack open that white bag and give it another try. It’s true, to look good is to feel better. After the crazy, ugly, and depressing few months I’ve just navigated, it’s wonderful to feel pretty once again.

This calls for a song:

“I feel pretty, oh so pretty. I feel pretty and witty and gay! And I pity, any girl who isn’t me today.”