All the beautiful cities in Europe seem to have carousels. At night, as you wander through the streets, stopping at the night markets and looking in store windows, there will always be that open square with the familiar crank-organ music and orange glow of the carousel: fairy lights, mirrors, swans, rabbits, ponies and golden poles upon which the animals slowly rise and fall as they parade in a circle.

That’s one of my stories: the watching of carousels at night. It’s not the only story, it’s just one of them. A small moment from my travelling that has stayed in my mind with a touch of nostalgia. 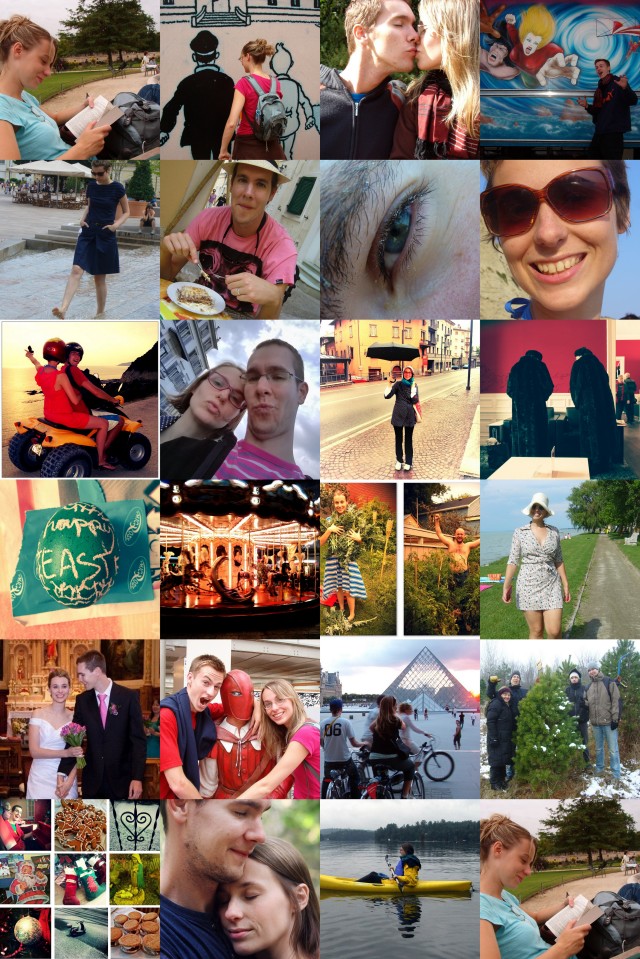 Everyone has these sorts of stories. Small stories, big stories, long stories, epic stories. Stories of hard choices, stories of change, stories of love, stories of loss . . . we simply all have them. And so I think when we read novels and dip into someone else’s narrative (even a fictional narrative and a fictional, fantasy world), we’re able to get lost in those moments because there’s that deep familiarity. Who hasn’t had a moment of wonder, or sorrow, or laughter? Who hasn’t experienced a miracle? Who hasn’t slain a dragon?

Anyhow, I just love stories and could probably share forever these little snap-shots of sentiment and adventure.

On Monday, my novel, the  Adventures of Claire Never-Ending, will launch its Kickstarter campaign. I’m excited and I’m nervous and I’m hopeful. Also, oddly, I’m wondering what will come next? This project has been such a sanity-saver; it’s given me a purpose that hasn’t included illness (and will continue to do so as this project succeeds and I self-publish the book!). I am a writer, and I love to write. What comes next will be the sharing of more stories. Not my own (that’s what this blog is for), but rather the ones that belong to my imagination. Our imagination. Everyone’s imagination.

It’s coming. The start of this #BigProject is coming.

Stay tuned for Monday, September 9th when I announce the kick off of the Claires. Eep!

(And if you’re afraid you won’t notice the Kickstarter launch, click here for an email notification. Also, fresh from the oven is my third except from the Adventures of Claire, read it while it’s hot!)