Okay, I love writing  – (I also love yogurt, which I’m eating right now) – and through writing I can clean my system. Plus, it’s a great way to share information. 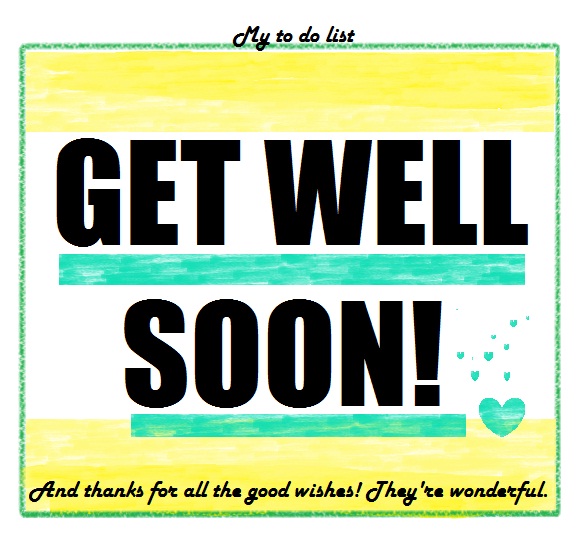 The morning of my mastectomy I woke up at 6.50, ate a piece of toast and crashed back into bed. Zsolt and I slept in till nine, then rolled around the apartment till ten. My acupressure must be working, because even with the operation looming I was able to sleep soundly.  There was writing of emails, watching of Zsolt (he was eating and I was fasting; I couldn’t help salivating as he ate a late breakfast) receiving of letters, and prepping of bags. I used basically nothing that I packed, but it was still good to have it all there. For the most part things stayed ‘cool’, until I received two letters – one from Sandie and one from Laura, which were both very touching and helped me cry a little. Light crying is a good thing.

Eleven o’clock and we caught the bus to the hospital.  I kept looking down at my boobs, that happy couple sitting side by side, and would hold up my hand to cover the right one.

About ten to twelve we arrived at the Princess Anne, and we found our way to D level, day surgery. This is the area for people who are having surgery but leaving the same day. I guess they are getting things taken out, bits sliced off, etc. All the while I waited for them to take me away. One woman had to say goodbye to her husband in the lounge area and I burst into tears. How ridiculous is that? It’s not like this was a movie scene where the couple says a final goodbye; they didn’t even seem to mind. But still, the tears were rolling down my cheeks.

After my little scene, we kept on waiting. A lovely nurse came into the room – she was round, with big hair and a smiling face – and called out a list of names, on which I was placed third. She said that there were not enough beds, so we had to stay in the waiting room while the prep went on, and we’d go off and return one at a time. This was fantastic news for me – because Zsolt was in the waiting room and so long as he was there, I was happy.

Another hour passes by. Zsolt and I visit with my Anaesthetic Doctor (Nick) and he explains what we’ll be doing to knock me out.  I’m given robes to change into. Then it’s back to the waiting room.

Around 3.20 the nurse comes and asks if I’d like to sit on a bed to wait. “I’d rather stay with my husband,” I reply. And she says, “No problem, he can come with you.”

No problem? He can come with me? What was that pre-assessment nurse telling me two days before?

So! There you have it! Zsolt came with me. We sat in a small curtained off area, I was on the bed and he was on the chair. By this point in the day the patients were tapering off and the nurses seemed to  relax. They began to sing ‘all things bright and beautiful’ on the other side of the curtain, which I had never heard before. One nurse said it reminded her of a funeral, but another – the smiling nurse from earlier – said it reminded her of home; it reminded her of festivals and how people would walk down the street singing aloud. It held a lot of memories for her. So she sang it again for them. Zsolt and I listened through the curtain. It was lovely.

Eventually a nurse popped her head round our curtain (just past 4 pm) and asked if I was ready. Ready… well, I was willing. Can you ever be ready? A quick goodbye to Zsolt, I pulled myself together and was wheeled to the prep room.

Touching is such a comfort. All this nurse had to do was touch the side of my face and I felt supported.

We wheeled into this small prep room that somehow reminded me of high school tech classes. It seemed too small – not large enough for operating. But, of course, it must not have been. Before me were two grey doors, and I have a feeling the ‘theatre’ was on the other side.

There was Nick, the man who’d give me drugs, and he put a catheter into my hand. I frigging hate needles.  But in it went. He asked me what my favourite drink was . . . hmmm, water filled with ice cubes? (the question as an answer response, very Canadian).  He had meant an alcoholic drink, because what I was about to feel would be like two gin and tonics poured into my veins (maybe that’s his favourite drink).  Earlier he had told me it’d loosen me up, make me giggle. Nope, no giggles. I started to cry instead (a very common theme for the day). But good old Nick and my nurse did their best to distract me. “Where’s your favourite place for holidays?” Hmmm, Lake Balaton in Hungary? I answered (again as a question, because I wasn’t sure of anything at this point).  “Sounds great” he replied.

And then I was dreaming about Zsolt’s colleague’s German accent in conflict with someone else’s accent.

And then I was waking up, and realized that I was moving – being rolled, and Nick was there in his blue outfit, and the nurse (name forgotten, sorry!) was there with her pink ribbon and I asked if it had been okay – yes it was okay – and had they gotten it all out – yes they’d gotten it out.

And on we rolled into recovery. The rest was a dream with ins and out. I think I arrived in recovery around 6, and I know I arrived in the ward around 8.40. Zsolt was there after a day of waiting, and I was so tired I could barely stay awake.

But that’s after the mastectomy, and this is about before.  I’ll write the rest later. For now this is enough.

I am back and well. The operation went smoothly – no complications.  Last night I was in the hospital (had my blood pressure checked every hour) and today I’m so sleepy you could knock me over with a feather.

And on that note, I will not write anymore. Just wanted to say thanks to everyone for all your kind thoughts and prayers. I’m getting through this with a huge help from you.

Today I realized that I feel guilty about being worried. I’m here blogging about the possibility of being sick, while so many people are struggling with greater things (e.g. the reality of being sick). I feel embarrassed, which must be why I haven’t put my name on this site. It’s not my ambition to complain, only to write things out. Chances are everyone waiting for results feels a similar mini crisis; before now the idea of cancer was never actually tangible. Even the possibility feels so strange. That’s just how I feel. Guilt shouldn’t be a factor, and while I cannot push away the feeling, at least writing lets me step back and realize it’s there.