Well tomorrow it all begins. My appointment is at 12 pm and I’ll be sitting in the number 5 green chair of the chemo treatment room. It’s an easy chair – lazy boy ‘esque’ – and beside it is a low square table and a seat for a guest.  The room itself is square and the chairs are all around, people can easily turn to their neighbours, there is no hiding. 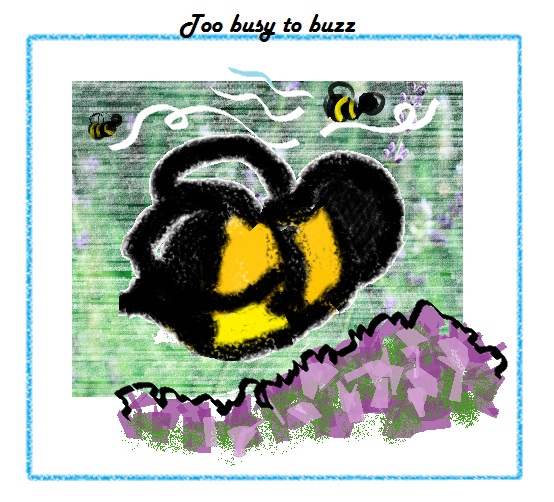 On Tuesday I had a tour of the facilities, which is why the details are running through my mind so much. The chair, the room, the smell, the people. It was all introduced to me last Tuesday.

So here’s how it is going to work: Go in the day before, get weighed, measured and blood drawn. If all seems well (my white blood cell count is sufficient) come in the next day for another treatment of chemo. Ideally the treatment will last less than an two hours. So in out and home again. Ideally.

Easy breezy. Except for the decisions.

First decision: I had to decide whether or not to use a cold cap. A cold cap is this red helmet they can place on your head to stop the blood flowing so much to the scalp. It’s about minus five degrees, and circulates a very cold liquid – this cools your head to about 27 degrees (so that’s like an almost 10 degree drop?). Cold cap treatments require the patient to wear the cap thirty minutes before chemo, during chemo, and two hours after. My choice: no thanks. While loving my new hair cut, and dreading the look of a muted head without any hair, the idea of staying in that chair a second longer than required is repulsive. Repulsive. I want to get out-out-out, not stay in.

Second decision: Would I like to be part of a study? Initially I had ruled this out as a category no, thinking they’d be trying a new drug or something, however I’ve only been offered a questionnaire with blood sampling. Needles! More needles . . . Reviewing the study I decided to do it, except I’m not giving blood. Understandably this must be disappointing for the researcher, but needles and I do not dance well together . . . so forget about that. My body, my decision.

Third decision, explained to me today and the choice must be made by tomorrow: Fertility protection, again. Man! I am so freaking tired of having to make these large guilt-weighted choices. Do I protect my ovaries or not? Is there even a point? So far, having spoken with two doctors on the subject, neither are convinced that Zoladex makes any difference in regards to fertility. They say – maybe it might, possibly but could but not sure, help. The evidence is not incredible. I don’t know too much about Zoladex, though hopefully will by tonight, but it puts the ovaries to sleep with the idea that this will protect the eggs. They’ll need to inject something into my stomach every month, which will throw me into menopause and stop ovulation.

I fucking hate needles. And lately my PMS has been so bad, that I’m afraid I’ll become a permanent stressed out monster as I wade through menopause at 28 years old. Plus, how many drugs are too many drugs? I take a drug for this, and a drug for that, and then a handful more for good measure.

Up until my encounter with mighty mighty morphine, I had never had a stronger drug than aspirin. I haven’t even smoked a joint (and I’m  from Canada, where weed is more available than fresh water) . . .  but, if the side effects become difficult and I don’t like the pain killers we’ll see what happens.  Where would I even get marijuana in England? I have no idea. In Canada it’d be a lot more straight forward. But maybe the hospital prescribes it? I don’t know.

SO I sound like my head is twisted on backwards. But it’s not always like this. Actually, Tuesday was incredibly good. I walked into the chemo centre and wasn’t scared, wasn’t nervous, wasn’t intimidated. The visualizations, writing exercises and treatments were working. Last Tuesday I was in the zone.

Today not quite so much. Zsolt, my mom and I arrived at the check-in desk and I handed the secretary my appointment letter. She says ‘go take a number and sit down. You need to be weighed’. And I say, ‘I’ve already been weighed. Last Tuesday, the nurses told me to go to their room when I arrived before sitting down.’  To which she replied: ‘Everyone is weighed every time they arrive. Get a number and take a seat, we’ll call you.’

I think people generally assume they’re in the right, otherwise we couldn’t walk down a street without questioning our footsteps. Today, I was in the right and Mademoiselle secretary felt exactly the same.

Taking a number I walked over to the nurses’ room (a slight compromise . . .) to let them know I had arrived. Unfortunately they were occupied with patients, so I waited in the hallway. And of course, after about forty seconds, the secretary came over to repeat our conversation.

‘You need to take a number and sit down’

‘I have a number, but last time I was here the nurses said to come over to their room and let them know I’m here.’

‘We know you are here, but there are people before you waiting.’

‘I don’t need to be weighed, I’m just meeting the doctor.’

And we would have kept going in a circle of assertions if not for the head nurse jumping in to break it up.  IN this case I was right, I didn’t need to be weighed or whatever, and I did need to let them know I was in clinic . . . but who cares, because by the time this was settled, I was unsettled. My day tipped in the wrong direction and ever since I’ve felt a little bit cranky.

Therefore I need to go back to work (and write out my crank in this blog). Gotta get back to the zone – gotta re-establish my protective bubble.

And in light of that sentiment, here’s a moment that has nothing to do with cancer or decisions or contradicting opinions:

Remember that cemetery by the hospital, the one with the horses? Zsolt and I go there fairly often, and lately we’ve been taking my mom along too. It’s a lovely cemetery with a very nice memorial to WW1 soldiers who were lost at sea, there are even some Canadian graves.  And in this neat, well kept part of the cemetery, there is a large white cross made from stone, and on either side of the monument are beds of lavender.

Walking up to the cross and looking down over the flowers, we saw the most incredible amount of bumble bees. So imagine the purple flowers swaying on their thin green steams, and these tiny dark bees gently hovering and landing and searching and flying. It was amazing. The thought of swarming with killer stings did flick through my mind, but it was just too incredible for fear. And quiet – you would never have expected the silence, nothing but the sound of a lush flowerbed mixed with breeze. The bees were too busy to buzz.

It was a bit of natural beauty that was just mmm, mmm good. One day, when I have a garden of my own, maybe I’ll plant a corner of lavender – just in case the bees want to stop by for a quiet drink of nectar.

Ah, good. That was very good. I feel much better now. 🙂 I love a beautiful moment.