Several months ago I walked into a Southampton hair salon and had my highlights done. And no, I had not done any research beforehand, and had not asked anyone to recommend a good colourist. So, as can be expected – as I should  have expected – it was a hair disaster. She took what was a lovely blond with too dark roots, and turn my hair into an ashy, trashy mess. The bleach white darkened my natural brown; I became a skunk. 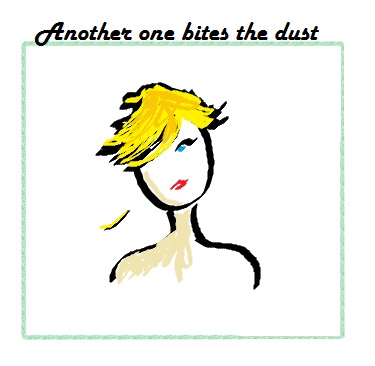 Freaking out, I made for Boots and picked up two boxes of hair dye. Three hours later I was strawberry blond. Two weeks later that colour was washing out. Now, I was an ugly orange/blond/brown mixture. So again to Boots! This time I selected an even darker brown. Back home, back to leaning over the tub with the hose in my hand – give it twenty minutes to set – BAM, brunette again, finally. (It was my goal to get back to my original colour, or as much as possible, because blond was now out of the question). Two weeks later, that washed out. But I gave up, chopped off some hair, and decided to grow it out with time.

Except here is the thing, back then I had this thought, a terrible thought: “If I had cancer, I’d shave it all off.”

Zsolt says I need to stop fixating on my hair. He says it doesn’t look thin, and I have too early accepted the idea of a shave. Maybe he is right.

But yesterday I washed my hair, thinking ‘okay you little buggers, I’m gonna wash you – and anyone who doesn’t want to stick around can make their exit now.’ And then I blow dried my hair (from about 2.5 feet away) and I thought: ‘Right, you stupid strands. Last chance to get out!’ And FINALLY, I ran my fingers through my head and pulled out a nest of hair. It was about then I developed an understanding.

The hair isn’t stopping. It’s slowly shedding, and slowly thinning. It will be on my pillow, and in my food, and across my shoulders so long as there is hair to lose.

I regret that stupid cancer thought. It underestimated the change; the physical expression.  Of course it will grow back, that’s not really the problem. The problem is – if I shave my head, I can’t pretend to be fine.

Well anyhow. The day won’t get better if I keep on sulking. Zsolt has a booklet from the Macmillian Centre called ‘Coping with hair loss’. I guess it’s time for some reading.